YouTube commentary from last week on the consequences of the Wall Street bailout:

It was repeated by the Roaming Millennial:

I am much closer to Shapiro than Unger.

So I want to be Team Shapiro and Team Roaming Millennial but I can’t be Team FRB.

If Salman Khan (of Khan Academy) can repudiate FRB, then I don’t see why anyone else finds it extreme to do so.

We have totally lost in Afghanistan. The only reason it still goes on is that there is no military draft. If people were being conscripted into this bloody, corrupt mess, there would be a popular will to stop it.

So, the lies keep being pumped out to justify the next spending spree and the next collection of body bags.

Listen to the interview (the first three minutes, anyway). The Taliban occupy as much territory as the did on 9/11 but we just need to send in our military and push for “a political strategy.”

Listen to the interview and then read Peter Van Buren’s column, “How To Sustain Perpetual War (It’s Easy, Hide the Bodies).”

A lot of conservatives our outraged at how veterans were abused in the VA system. That interview should outrage you much more and for the same reason.

As it stands, we will being listening to the same story from NPR in a decade. And a decade after that.

I have an obligation to help others… but who determines how much of my resources should be devoted to providing for my family, starting endeavors by which I hope to gain more resources or guarding against future disaster? All those subjective calculations are involved in real decisions about how and when to help someone. Human rights derive from objective and relatively invariant and universally similar obligations on all people. Obligations that depend on judgments about circumstances can’t generate rights. 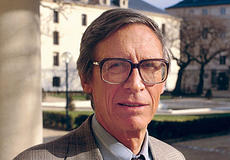 In 1971 John Rawls published “A Theory of Justice,” the most significant articulation and defense of political liberalism of the 20th century. Rawls proposed that the structure of a just society was the one that a group of rational actors would come up with if they were operating behind a “veil of ignorance” — that is, provided they had no prior knowledge what their gender, age, wealth, talents, ethnicity and education would be in the imagined society. Since no one would know in advance where in society they would end up, rational agents would select a society in which everyone was guaranteed basic rights, including equality of opportunity. Since genuine (rather than “on paper”) equality of opportunity requires substantial access to resources — shelter, medical care, education — Rawls’s rational actors would also make their society a redistributive one, ensuring a decent standard of life for everyone.

via Questions for Free-Market Moralists – NYTimes.com.

So if this is the right way to determine how a society can be a just society, how would a rational agent in Rawls’ book differ from a wise agent in the book of Proverbs?

Here is the problem:

In Rawls’ view, society is “just there” and its resources and wealth fall from the sky. They aren’t produced. It didn’t require hard work by motivated people to make those resources available They don’t run out. They don’t need to be conserved. There is simply an eternal unchanging mass of wealth that needs to be minimally distributed.

But Rawls is being irrational to believe this. If he were rational he would realize that wealth gets created and conserved. People act with greater or lesser efficiency.

If he had any Biblical perspective he would know that peoples and nations rise and fall according to the aggregate decisions the people make.

Rawls was only really asking what about people who know they are joining a society that has reached the point like the one in which he was writing. And he was further assuming that resources would not get used up by the society that he was advocating.

American wealth did not just happen. It got created by people who had none of the so-called “rights” that he advocated. They had to provide for themselves.

And American wealth did not increase under the application of Rawls’ vision. It has been dissipating. People get a “right” to a shrinking pie.

So if you are lucky enough to hit the welfare-state jackpot when it is first flush with cash, you will be happy with Rawlsian rationality. But if you come to it later, you will find a different situation.

If you include ignorance of when the rational agents will join this society, then they are going to want a market driven, free society so that, even if they don’t have equal access to resources, they still have a growing standard of living. 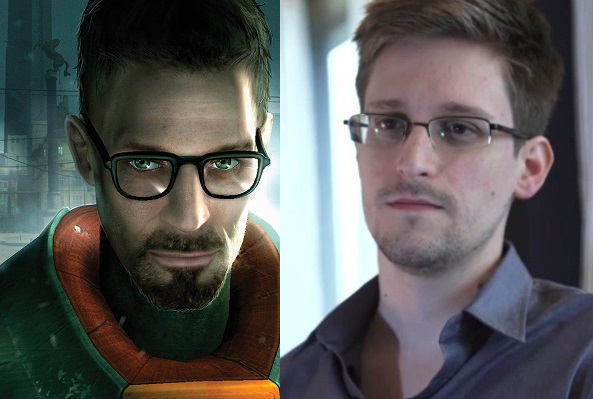 Sen. Warren on the Shutdown and Why Government Matters – YouTube.

Without the Federal Government businesses would sell pretend medicine pills that are really useless white powder. They would even sell poison as medicine that would kill babies.

Isn’t it great that all these homicidal fraudsters and stupidly vulnerable dupes can come together and form a government that is so competent and ethical that it can save us from all this stuff we would do to ourselves without it? We can be sure such homicidal plotters would combine their votes with the easy marks to get exactly the kind of government that would restrain the homicidal and protect the marks, but never one that would provide cover for the homicidal and false security to the marks.

Yes, that makes so much sense.

Politoco.com just dropped what should be a bombshell:

Wall Street is clear about who’s to blame for the government shutdown and a looming debt default: tea party Republicans.

What’s less clear is what Wall Street can do about it.

The reality is that deep-pocketed financial services executives and their lobbyists have little leverage against tea party lawmakers who don’t much care for financiers or big banks and don’t rely heavily on the industry for campaign cash.

“Those are the ones who are most problematic for Boehner,” one D.C.-based lobbyist who represents financial services clients said of tea party lawmakers. “I don’t think there’s any way for Wall Street to punish the 25 to 50 hard core House Republicans. It’s not like [Reps. Steve] Stockman and Tim Huelskamp are doing a lot of Goldman Sachs events. I don’t think Justin Amash cares if Bank of America gives to him or not.”

The rise of tea party lawmakers’ influence is a shift from years past when the Republican party was more business friendly and could be counted on by Wall Street to give great weight to its concerns.

For many members of Congress, wooing wealthy Wall Street donors and financial services PACs is a routine part of their reelection efforts and a source of frustration for industry critics who view this largesse as standing in the way of reforms. The reputation of the banking industry has taken a beating since the financial crisis, but it nevertheless remains a powerful lobbying force in Washington thanks in part to its generous political donations.

But the industry feels powerless when it comes to dealing with some members of the tea party, who are immune from one of Wall Street’s most potent tools: campaign donations.

“The extreme radicals are going to get reelected because they come from districts where they don’t need to raise that much money,” said Greg Valliere, chief political strategist of the Potomac Research Group. “This new tea party movement is not particularly pro-business. They certainly are not pro-Wall Street and pro-big banks. That is a new strain in the Republican party that worries many on Wall Street.”

The heads of big banks — including Goldman Sachs CEO Lloyd Blankfein and JPMorgan Chase CEO Jamie Dimon — met with President Barack Obama on Wednesday to discuss the shutdown, debt ceiling and other issues. They are also expected to meet with some lawmakers as part of gatherings organized by the Financial Services Forum — a group that represents the heads of large banks and insurance companies.

So despite all the Occupy Wall Street propaganda and the exaltation of Elizabeth Warren and all the other anti-Wall-Street posers, it is all really an act. So-called Leftists are wetting their pants at the thought of a movement that might truly fight against the Wall-Street-Washington-DC industrial complex. They’re all a pack of hypocrites.

The real voice of the 99 percent is the tea party. 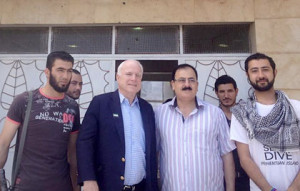 Christians in the Middle East and Africa are being slaughtered, tortured, raped, kidnapped, beheaded, and forced to flee the birthplace of Christianity. One would think this horror might be consuming the pulpits and pews of American churches. Not so. The silence has been nearly deafening.

READ THE REST: A Global Slaughter of Christians, but America’s Churches Stay Silent – The Daily Beast.

And why that silence among conservative Evangelicals? Easy. Conservative Evangelicals supported Bush, then McCain, then Romney. Bush started the “Sunni turn” in 2007 (assuming it wasn’t the plan all along and he just took a brief break), McCain… I don’t have to say anything more…, and Romney was openly in favor of the same intervention in Syria (and elsewhere). Unless we get a Rand Paul miracle the next GOP president will pursue the same policy. Obama is simply following the same playbook as any other president of the “two parties.”

American Christians would rather just keep quiet while American policy promotes the mass slaughter of Christians rather than give up their warmonger Republicans or their Zionism.

What do you suspect God thinks of that choice?

What is more maddening is that the same Christian groups will speak about the importance of the Gospel “for all of life” and say that Christians should work for public justice are the same populations that are doing virtually nothing on this issue.

Decisions have consequences. When Christians decided to care little and do less about Christians in Iraq, we did something to our consciences that is growing and spreading among us. We committed ourselves to a path that can only lead to a worse place.