Hoping to be nominated federal judge, Burton starts passing on major clients to Nick. The CEO they start with makes merger negotiations excruciating because of his selfish hidden agenda concerning a company jet. Jake proves his social skills can be valuable. 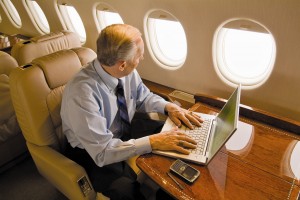 I’m watching this on Netflix during down time. It is a pretty interesting show. Much of it is typical melodrama, but sometimes you get insight from it.

This episode was one of those times. Nick is supposed to arrange the acquisition of a specific company for the CEO of another company. The amount the CEO is willing for his company to pay is challenging, but Nick brings it off by getting the target company to agree to sell off non-essential assets. His client is livid about this.

Nick is clueless but finds out from his boss/father what is going on. The entire real motive for acquiring the company was to acquire the company jet.

“If he wants the jet, why doesn’t he just buy it?”

So perhaps you never realized that CEO’s are poor, but they seem to be aware of it.

Private property and free trade works because it is in people’s best interests to serve the interests of others. I find it hard to understand how our current arrangement of “publicly owned” and traded companies can possibly count as private property. If you have thousands of shares, how much is the owner of some of those shares really an owner?

This is not a formula for long term prosperity; and it is arguably not a system of private property.