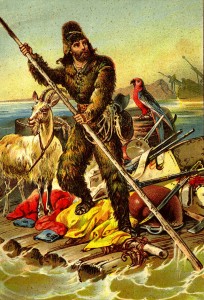 The point to remember is that economists win nobel prizes for the same reason Obama won the peace prize. It is a propaganda tool for the maintenance of power.

Let’s imagine an individual who starts a credit card company–a small one, with a single customer: himself. Would the fact that he “owed the money to himself” mean that he could afford to run up a credit card debt on consumption? No. If the credit card company was run by a 100% full reserves, then the best that could happen is that eventually he would have to acknowledge that the money “loaned” on the expectation of repayment was actually simply spent on consumption. There would be no way to actually “profit” in this scenario. “Owing money to oneself” does not make the person any less poor. It gives him no real advantage. He would simply have spent his reserves irrationally.

“We” are never the same people

Pretend for the moment that the US debt was funded 100% by American citizens who purchased bonds expecting them to mature and be repaid with interest. The fact that “we owe ourselves the money” would mean exactly nothing. The fact would remain that we are hoping to retire on money that has to be given to us at the right time. Where is that money going to come from if it was spent rather than really invested? There are only three things that can happen:

So “owing ourselves” the debt means nothing good. It doesn’t make the debt any less a problem. It doesn’t give us a financial perpetual motion machine. The machine is going to grind to a halt, with our bones caught in the gears.

But this all hides another factor. The people who tend to rely on government debt are not always the same people who profit from that debt. This is especially true of a small class of people who sell bonds and collect a commission on the sales. “We owe it to ourselves” hides perverse lines of exploitation. What is worse: we really have voted for the benefits of immediate consumption to be passed on to our children. Democracy with public debt is the economic system that makes it rational for adults to eat their children.

China is “us” too

Finally, in the case of foreigners who were silly enough to loan the US money, they really don’t represent much of a separate problem. I guess the idea is that, if the US fails to pay back Chinese bondholders; their might be a war. But what would a war accomplish? If we are that broke the expense of war will outweigh anything that could possibly be gained by such action. Conceivably, the US could be brought into a supra national entity that then starts dictating “austerity” measures to us–as in the case of Greece in the EU.  But even that wouldn’t last. Bankruptcy would overwhelm all the players. Foreigners are going to be hurt just like US citizens. Debt is the problem, not foreign lenders.

Public debt is inherently immoral because it involves the plunder of other people for our own consumption. The fact that this is defended because we are “merely” consuming our own children (the real meaning of “we owe it to ourselves”) only adds to the perversity.