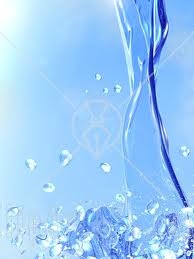 In Acts 15 Peter speaks to an assembly about God’s election of him,

Men, brothers, you know that in the early days God made a choice among you, that by my mouth the Gentiles should hear the word of the gospel and believe.

The passage could be just as easily translated from the Greek: “in the early days God elected among you.”

This is obviously not referring to an eternal decree (though I don’t doubt that God’s choosing Peter was part of God’s plan going back to eternity) but to an action God had taken in time (“in the early days’). Specifically, God chose Paul by calling him to go preach the Gospel to Cornelius and his household (Acts 10-11).

If I hold out a platter of cookies to you and say, “Choose one,” I’m not asking for a secret mental operation on your part. I’m asking you to take a cookie and eat it.

Likewise, Peter remembers God sending him the vision and commanding him to go to Cornelius’ house as God electing or choosing him to preach to the Gentiles.

With that in mind, how is God choosing his disciples?

All authority in heaven and on earth has been given to me. Go therefore and make disciples of all nations, baptizing them in the name of the Father and of the Son and of the Holy Spirit, teaching them to observe all that I have commanded you. And behold, I am with you always, to the end of the age.

While it is true that the God’s present activity is done according to his plan going back to eternity, we can still say truly that God chooses or picks his people by acting through agents. He takes them out of their surrounding generation.

Now when they heard this they were cut to the heart, and said to Peter and the rest of the apostles, “Brothers, what shall we do?” And Peter said to them, “Repent and be baptized every one of you in the name of Jesus Christ for the forgiveness of your sins, and you will receive the gift of the Holy Spirit. For the promise is for you and for your children and for all who are far off, everyone whom the Lord our God calls to himself.” And with many other words he bore witness and continued to exhort them, saying, “Save yourselves from this crooked generation.” So those who received his word were baptized, and there were added that day about three thousand souls.

God intervenes in history in the lives of people to choose them. He does this by His Spirit, by human agents, and by rites of intervention in the world. When God providentially arranges the baptism of a person, he has, in that act, “made a choice among” us, that he or she should bear his name and be separated to him from their generation.