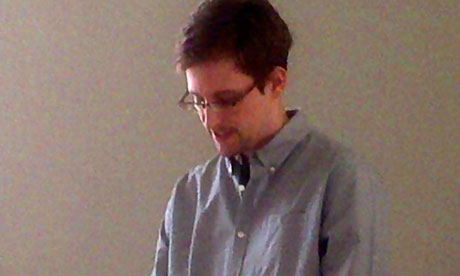 As an antidote, here are some of the things we should be thinking about as a result of what we have learned so far.

The first is that the days of the internet as a truly global network are numbered. It was always a possibility that the system would eventually be Balkanised, ie divided into a number of geographical or jurisdiction-determined subnets as societies such as China, Russia, Iran and other Islamic states decided that they needed to control how their citizens communicated. Now, Balkanisation is a certainty.

Second, the issue of internet governance is about to become very contentious. Given what we now know about how the US and its satraps have been abusing their privileged position in the global infrastructure, the idea that the western powers can be allowed to continue to control it has become untenable.

That’s all at nation-state level. But the Snowden revelations also have implications for you and me.

They tell us, for example, that no US-based internet company can be trusted to protect our privacy or data. The fact is that Google, Facebook, Yahoo, Amazon, Apple and Microsoft are all integral components of the US cyber-surveillance system. Nothing, but nothing, that is stored in their “cloud” services can be guaranteed to be safe from surveillance or from illicit downloading by employees of the consultancies employed by the NSA. That means that if you’re thinking of outsourcing your troublesome IT operations to, say, Google or Microsoft, then think again.

And if you think that that sounds like the paranoid fantasising of a newspaper columnist, then consider what Neelie Kroes, vice-president of the European Commission, had to say on the matter recently. “If businesses or governments think they might be spied on,” she said, “they will have less reason to trust the cloud, and it will be cloud providers who ultimately miss out. Why would you pay someone else to hold your commercial or other secrets, if you suspect or know they are being shared against your wishes? Front or back door – it doesn’t matter – any smart person doesn’t want the information shared at all. Customers will act rationally and providers will miss out on a great opportunity.”

via Edward Snowden’s not the story. The fate of the internet is | Technology | The Observer.