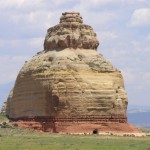 Sometimes, some things I teach, and that people whom I respect teach, are labeled “ecclesiocentrism.” Whether or not I own that label depends on what exactly it is supposed to entail. I can certainly imagine really bad ideas going by that label, so I don’t think it is a helpful generalization.

But it is true that Jesus established a church, with officers, boundaries, and/or structures, that is distinct from other institutions such as the civil magistrate (submerged in or masquerading as “the state” in most modern thinking) and the family.

(Again, this is a thoroughly modern way of looking at society/ies. At the time the church began as a distinct entity from Israel and/or Judaism, it was established as distinct from families (nuclear, to the extent that those mattered to anyone), clans, tribes, language groups, dynasties, and/or races, etc. The fact that we in the modern West think so simply as to only consider “State, Church, and Family,” is a gift of the Great Commission.)

And it is also true, in a way analogous to how Israel related to the other nations and the foreign empires, that the Church is called to be a source of life to the other institutions.

But it would be false, to infer from this that the Church is always the ideal institution at any or every point in history and in every place on earth. It is not.

Look at Paul’s letters to the Corinthians. One can find some fantastic affirmations about the Church. One also finds an actual church that is in doctrinal, ethical, and social chaos. It stinks.

Here is another example:

So I exhort the elders among you, as a fellow elder and a witness of the sufferings of Christ, as well as a partaker in the glory that is going to be revealed: shepherd the flock of God that is among you, exercising oversight, not under compulsion, but willingly, as God would have you; not for shameful gain, but eagerly; not domineering over those in your charge, but being examples to the flock. And when the chief Shepherd appears, you will receive the unfading crown of glory. Likewise, you who are younger, be subject to the elders. Clothe yourselves, all of you, with humility toward one another, for “God opposes the proud but gives grace to the humble.” Humble yourselves, therefore, under the mighty hand of God so that at the proper time he may exalt you, casting all your anxieties on him, because he cares for you (1 Peter 5:1-7 ESV).

Here we have a model of Church behavior that could easily be romanticized. But if we look at the sequence of Peter’s statements as related to one another: then what is the Apostle saying about life in the Church:

Which is why, “ecclesiocentrism,” as it often is a form of utopianism, is a dangerous thing. And it is a much more widespread phenomenon than is often recognized. “Getting back to the New Testament Church” is often presented as some kind of return to an ideal community where harmony and peace abound.

But read the New Testament and stop encouraging unrealistic expectations in yourself and others. The church may be “central” and the “the New Testament” (which is a fictional construct, by the way, but I’m not sure how to single-handedly reform our language and concepts on this blog) may give us a pattern we need to imitate. But those truths need to be distinguished from such unreachable expectations. (These are similar to the expectations placed on marriage, that lead to divorce).