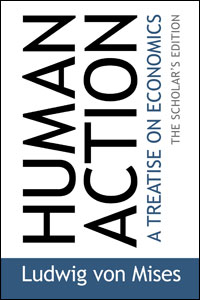 The vague notion of security which the welfare doctrinaires have in mind when complaining about insecurity refers to something like a warrant by means of which society guarantees to everybody, irrespective of his achievements, a standard of living which he considers satisfactory.Security in this sense, contend the eulogists of times gone by, was provided under the social regime of the Middle Ages. There is, however, no need to enter into an examination of these claims. Real conditions even in the much-glorified thirteenth century were different from the ideal picture painted by scholastic philosophy; these schemes were meant as a description of conditions not as they were but as they ought to be. But even these Utopias of the philosophers and theologians allow for the existence of a numerous class of destitute beggars, entirely dependent on alms given by the wealthy. This is not precisely the idea of security which the modern usage of the term suggests.

The concept of security is the wage earners’ and small farmers’ pendant to the concept of stability held by the capitalists. In the same way in which capitalists want to enjoy permanently an income which is not subject to the vicissitudes of changing human conditions, wage earners and small farmers want to make their revenues independent of the market. Both groups are eager to withdraw from the flux of historical events. No further occurrence should impair their own position; on the other hand, of course, they do not expressly object to an improvement of their material well-being. That structure of the market to which they have in the past adjusted their activities should never be altered in such a way as to force them to a new adjustment. The farmer in a European mountain valley waxes indignant upon encountering the competition of Canadian farmers producing at lower costs. The house painter boils over with rage when the introduction of a new appliance affects conditions in his sector of the labor market. It is obvious that the wishes of these people could be fulfilled only in a perfectly stagnant world.

A characteristic feature of the unhampered market society is that it is no respecter of vested interests. Past achievements do not count if they are obstacles to further improvement. The advocates of security are therefore quite correct in blaming capitalism for insecurity. But they distort the facts in implying that the selfish interests of capitalists and entrepreneurs are responsible. What harms the vested interests is the urge of the consumers for the best possible satisfaction of their needs. Not the greed of the wealthy few, but the propensity of everyone to take advantage of any opportunity offered for an improvement of his own well-being makes for producer insecurity. What makes the house painter indignant is the fact that his fellow citizens prefer cheaper houses to more expensive ones. And the house painter himself, in preferring cheaper commodities to dearer ones, contributes his share to the emergence of insecurity in other sectors of the labor market. 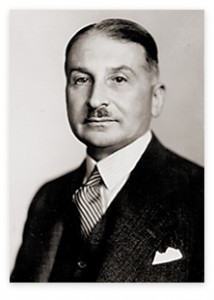 Mises makes no claim here about the origin of social unrest and the anti-capitalist mentality that he critiques here. But it is hard for me, once I recognize the association he points to, not to think that we have here the true source of market interventionism.

Rich people hate capitalism. If they got rich through capitalism, that is beside the point. Capitalism makes no promises that they will stay rich. It becomes a threat. They pursue security by means of politics. Since political change requires “the consent of the governed,” they manufacture false promises for members of other social classes. If there are revolutionaries who sometimes (rarely) arise from those classes, they find and support them.

Socialism and/or the “mixed” economy, as ideas, “trickle down” from above.