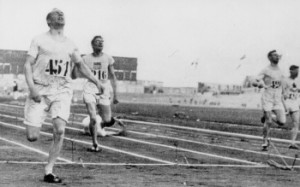 Look out for the dogs, look out for the evildoers, look out for those who mutilate the flesh. For we are the circumcision, who worship by the Spirit of God and glory in Christ Jesus and put no confidence in the flesh—though I myself have reason for confidence in the flesh also. If anyone else thinks he has reason for confidence in the flesh, I have more: circumcised on the eighth day, of the people of Israel, of the tribe of Benjamin, a Hebrew of Hebrews; as to the law, a Pharisee; as to zeal, a persecutor of the church; as to righteousness under the law, blameless. But whatever gain I had, I counted as loss for the sake of Christ. Indeed, I count everything as loss because of the surpassing worth of knowing Christ Jesus my Lord. For his sake I have suffered the loss of all things and count them as rubbish, in order that I may gain Christ and be found in him, not having a righteousness of my own that comes from the law, but that which comes through faith in Christ, the righteousness from God that depends on faith—that I may know him and the power of his resurrection, and may share his sufferings, becoming like him in his death, that by any means possible I may attain the resurrection from the dead.

Not that I have already obtained this or am already perfect, but I press on to make it my own, because Christ Jesus has made me his own. Brothers, I do not consider that I have made it my own. But one thing I do: forgetting what lies behind and straining forward to what lies ahead, I press on toward the goal for the prize of the upward call of God in Christ Jesus. Let those of us who are mature think this way, and if in anything you think otherwise, God will reveal that also to you. Only let us hold true to what we have attained.

Now he tells us that his method for obtaining the prize is straining forward. Actually he says two things. There is a negative and a positive.

The negative thing is that he forgets the past.

Do you find it easy to forget the past? Sometimes I find it very difficult to forget the past. Sometimes I find that the past gets in the way, that I can’t put it to rest, I just can’t let it be. I find myself mulling over the past, always bringing it up, dwelling upon aspects of it. Do you have that experience? The point here in the application is that nothing gets in the way of the future like the past. Of course Paul is speaking primarily of his non-Christian past, but there is such a thing as a Christian past as well. There is such a thing as ambition, such a thing as desire to do, to obtain, to be prominent among the brethren. You find the beginning of ministerial jealousy, for example, in that passage in Mark 10, where the sons of Thunder come forward to Jesus and say, “We want you to do whatever we ask of you.” Not a very big request, was it? Just whatever we want, we want you to do that for us. “What do you want,” he says, and they say “Well, we want to sit one at your right hand and one on your left. We want to call the shots. We want to be accountable and answerable only to you. We want to rule, we want to dominate. We want to be those who wield power. The power brokers in the church.  You see, that attitude can be a part of one’s Christian past.

To us Paul is a very famous character, history has made him such, but in his day he was far more infamous than he was famous. He was this little Jew and the Corinthians can say that “when he is with us his bodily presence is weak.” They despised his very person when they looked upon him. When Paul left that brilliant career as a Pharisee, in a sense he got more than he was bargaining for, because the door was opened to criticism. The door was open to obscurity. A life of self sacrifice, with very little reward to be found in this life. How such things might have drawn him down, how they might have discouraged him. How he might have taken his sight off the prize. But no, he says, “I forget the past,” and you and I must forget the past.

You and I must strain forward.

That is the positive aspect, straining forward, a very familiar athletic metaphor that you find in Paul in several places. Here is an illustration of that. If you have seen the film “Chariots of Fire,” you will know what I am talking about. We had a Seminary chapel speaker last year who, as a small lad in prison camp in China, knew Eric Liddel. Eric Liddel had a group of boys that he gathered around him. He would teach them the Bible and he would run with them as well. He could still run. Well in “Chariots of Fire, “(our speaker confirmed this as being as true story) Eric Liddel was running in a race one day and he got knocked down, he was tripped up. He could have stayed on the ground, but he didn’t. He got up and he ran like a wild animal and won the race. This is the kind of thing Paul is talking about. The past can knock us to the ground. The past can debilitate us. It can make us forget that there is a glorious future for the people of God. We must strain forward for the prize.

We find ourselves running the race and do we find ourselves like the readers of the Epistle to the Hebrews, demonstrating the very body language of discouragement? Their shoulders drooping and their knees that were bent out, you can’t run a race bowed over like that. So how is it with us? Those of us who are perfect, do we long to be perfect? Those of us who have been made righteous in Christ, do we long to be finally and fully righteous in Christ? Paul says that if such is not our condition then God is going to let us know about that. He says, “Let those of us who are mature,” and again the word is perfect, “be thus minded, and if in anything you are otherwise minded God will reveal that to you also.”